We’ve had a brilliant start to the week!

We started on Monday with 260 Owners Group Members for a yard visit. PEARL WARRIOR received lots of attention from his fans. The morning went really well and everyone seemed to enjoy themselves. The star of the ‘horse” parade was Milo the yard cat who took centre stage while the commentary on TRICORN was being run! 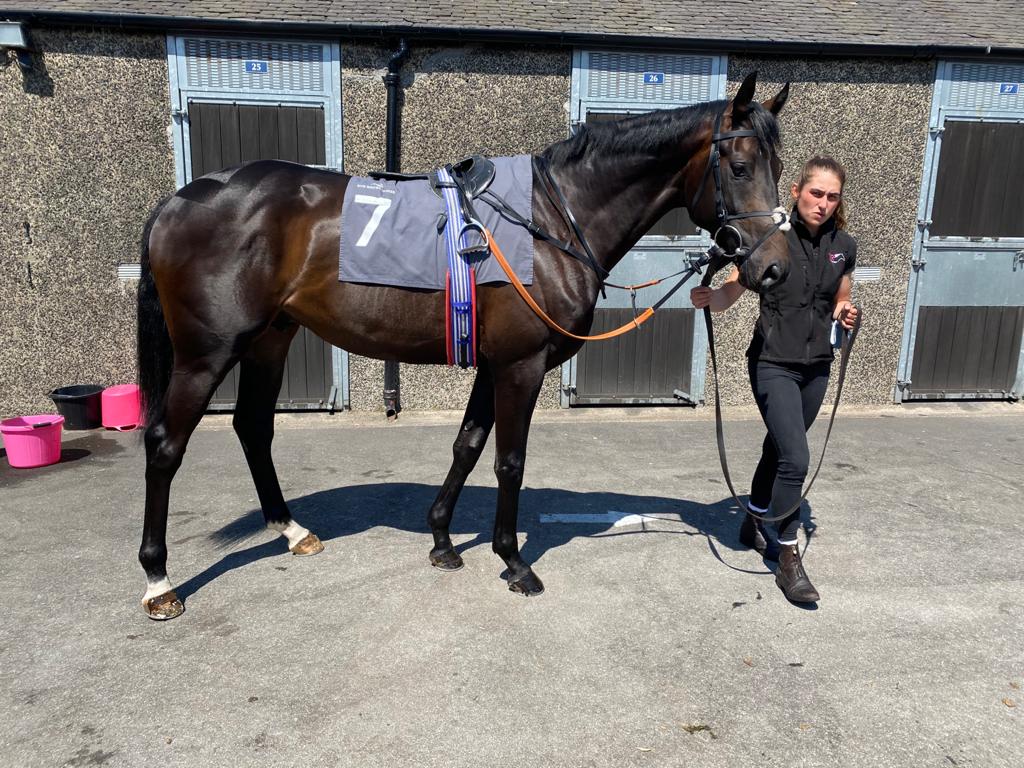 Yesterday we went to Ayr with 6 runners and amongst them a few live chances.  I was hopeful my 2yo debutant ST ANDREW’S CASTLE would run well as he works well at home and his Owner Mr Penman has been patient and let me keep him until this time of year.  Low and behold he won at 25-1. There’s no getting away from the fact that the two market leaders (who were late non-runners because of stalls issues) would’ve been in the shake up but The Castle Racing Scotland Iffraaj Colt was the best horse on the day. He was a little green when in isolation but responded well to Andrew Mullen’s urgings and won on the line! This was a fantastic result for the team, Michael Orlandi who helped source him at the Tattersalls Foal Sale, Copgrove Stud who produced him as a Yearling and for Alex & Alix Penman who have watched their horse flourish over nearly 2 years.

It was a really successful day overall. We came away from Ayr with a 2yo winner, a 2nd and two 3rd’s!

Kyla and Beth got to experience their first day at the races. I hope they don’t think it’s always like this!  They are younger members of Team IJR who have plenty to learn but they’re keen and there’s no better way than throwing them in at the deep end with 6 runners and Travelling Head Lass Kayleigh showing them the ropes.

Onto Carlisle Bell day today, we have two runners in the form of TORBAIN CASTLE and TRICORN. We were due 3 but unfortunately need to pull HAVANA PARTY out. Tricorn needs no introduction. The handicapper is catching him but he’s still in good form and we hope he will deliver a 5 timer today but whatever the outcome, we won’t be disappointed. TORBAIN CASTLE has his 2nd start for us. He will undoubtedly have come on from his debut at Ayr.  I’m looking forward to see what he produce on a stiffer track. I think it will suit as ideally he wants 7f.

Andrew Mullen is in to ride out before we go to Carlisle. I’ve had a couple of colts gelded so he will have a seat on them and tell me if there’s any improvement in their attitude and work since the surgeries.

Wishing all Owners all the best today.

No winners this weekend
Good Morning